History of the Devil’s Dyke

Devil’s Dyke is over 7 miles long and is the largest of a series of ancient Cambridgeshire dykes. In some places the bank measures 9 metres high and 36.5 metres across. Its highest point is at Gallows Hill where it measures 10.5 metres from the bottom of the ditch to the top of the earth wall.

Since the 19th century a railway line and roads have been cut through the dyke, including the combined A14 and A11 roads, and a branch line of the Ipswich to Ely rail line.

From Reach, the dyke crosses Burwell, which has given the name to Devil’s Dyke Firewood and Devil’s Dyke Farm, before running along the edge of the July Course at Newmarket Racecourse and then through the woods of a private estate near the village of Woodditton. The Rowley Mile course is unusual in that it can have races which start in one county, Cambridgeshire, and finish in another, Suffolk. The race course crosses the Devil’s Dyke where it has been previously leveled. 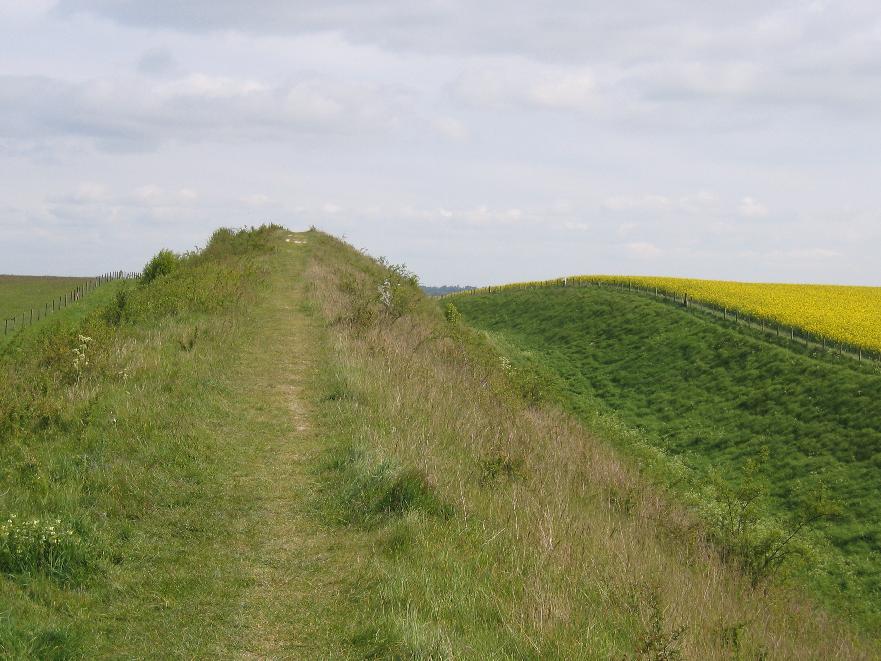 View from the top of Devil’s Dyke towards Reach.

Devil’s Dyke is the largest of several earthworks in south Cambridgeshire that were designed to control movement along the ancient Roman roads. When it was created, it completely blocked a narrow land corridor between the southern edge of a region of water-logged marsh (now known as The Fens) in the north-west and dense woodlands in the south, so making circumvention difficult and forming an effective defensive barrier for the lands to the east. The dyke crossed three important Roman roads, including the ancient Icknield Way, and may thus have served as a way of controlling trade and movement in and out of the area. Findings such as the small quantity of silt in the ditch fills suggest that the dyke fell into disuse soon after it was built.

The other Cambridgeshire dykes include Fleam Dyke, Brent Ditch and Bran ditch. Black Ditches, Cavenham is a fifth earthwork guarding the Icknield Way which is in Suffolk, to the north west of Bury St Edmunds.